The Company presented plays in many venues and established itself as the foremost non-professional English language theatre company in Wales.

Dylan Thomas was a member in the early 1930s and according to local newspaper critiques, was an accomplished and polished actor. We maintained our link through his daughter the late Aeronwy Thomas Ellis, who was a very active and supportive President of our Theatre, we now welcome Huw Dylan Ellis as our new president. We reached outside Wales, having numerous plaudits for our “Under Milk Wood” at the Edinburgh Festival and even performing before Queen Elizabeth, The Queen Mother. Many members have gone on to achieve success in professional theatre.

Over the years, we have made our home in various locations around Swansea, from church halls to the city’s Palace Theatre. Then, in 1979 Swansea City Council, in recognition of our contribution to the cultural life of Swansea, offered us the derelict former Oscar Chess showroom in South Dock area of the city – an area which had been earmarked for major development. The coordination of the work and funding to convert the building was undertaken entirely by SLT members. Sir Harry Secombe officially opened the Theatre on 29th September 1983, naming it after our famous former member. The quayside area outside the theatre was subsequently re-named Dylan Thomas Square and features the city’s popular statue of the writer.

Swansea Little Theatre Ltd. is a registered charity (no. 229640), a company registered in England and Wales (no. 00761667), registered office: The Dylan Thomas Theatre, Gloucester Place, Maritime Quarter, Swansea, SA1 1TY.  Our Presidents are Dylan Thomas` grandson Huw Thomas Ellis and Sir Anthony Hopkins. The theatre is run by a team of Trustees, all of whom are volunteers. 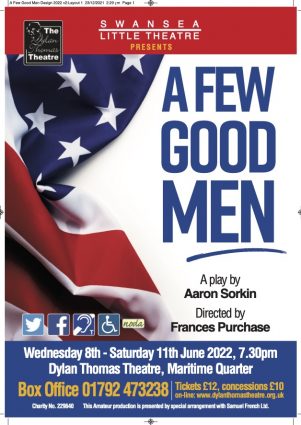 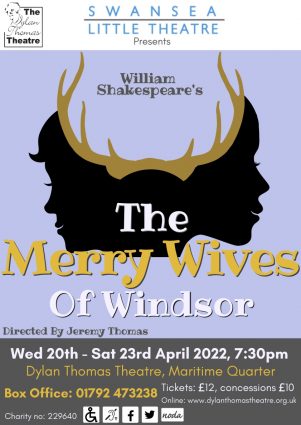 THE MERRY WIVES OF WINDSOR 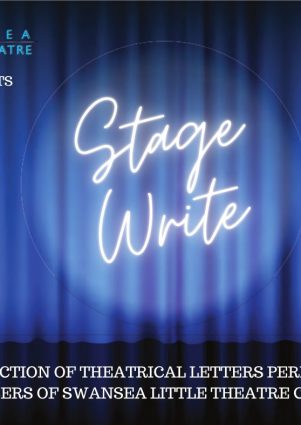 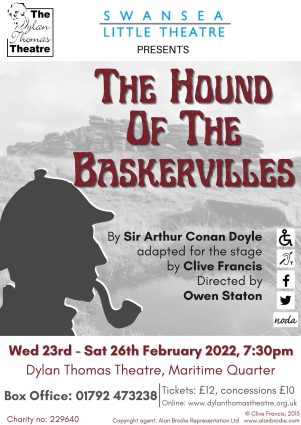 THE HOUND OF THE BASKERVILLES.

CHARLIE AND THE CHOCOLATE FACTORY